Rainbow Colors – Indigo is a Lie

If you’ve read any of the Space Girl Adventure novels, you know our girls are part of a rainbow. Each rainbow has one of each: Red, Orange, Yellow, Green, Blue, Purple.

So where are Indigo and Violet? I mean we all learned in school ‘ROY G BIV’ to know the colors.

But think about it. What do Indigo and Violet look like?

Well Violet is really just another word for Purple. Guess I could have used that instead, but too late now. But what about Indigo?

Well according to Wikipedia ‘Definition is controversial.’ Too me it looks like blue with a little purple in it.

There are Two Spectrums.

There are actually two color spectrums, well probably not technically spectrums, but color wheels. RYB and RGB. An easy way to think of them is light and paint.

RGB is about combining light colors to make different colors. It stands for Red, Green, Blue, and with those colors of light you can make all the others. If you combine equal amounts of all three colors you get White. If take them all away, you get Black.

RYB is about combining color paint or pigment. Starting with those three colors, you can combine them to make almost all the colors. Except white. Put them all together and you get Black.

In the Rainbow we are talking about light, so we start with RGB.

Then, because it is special, we’re going to add Yellow. Why is it special? Because in one wheel, you use it to make green, and in the other you use green to make it.

Now we can combine those to get the rest of the rainbow:

Wait, this is a line. If we are combining colors, we don’t have to be in a line. We can combine the first and last colors. So combining Red and Blue we get….indigo!

No we get Violet or Purple.

So my Rainbows have those six colors in them.

So why do we have Indigo and Violet?

Seems from Arostle everyone said there were seven primary colors. Sir Issac tried to get away with 5, but “Originally he used only five colors, but later he added orange and indigo to match the number of musical notes in the major scale.”

“Originally he used only five colors, but later he added orange and indigo to match the number of musical notes in the major scale.”

The truth is there are an infinite number of colors. Shades between all the different colors. You are staring at an RGB display of some sort right now. As computer displays have developed one of the differentiators have been how many distinct shades they can display. Started out with 2. Then 8 – hence the term 8-bit display. Then 256. Then it started to be ‘millions’ and ‘billions’. Now it is just assumed to be a lot, because there is a point where the eye can’t tell any difference between two colors that are too close together.

There is a lot to color. We didn’t even talk about saturation – how much of a hue is in a color – or brightness. Brightness matters to the Women of Home, because after you become a Woman you lighten – or darken for Space Women – your name color. But that is a post for another day. 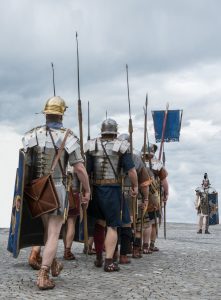 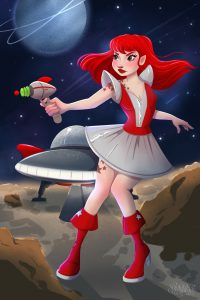 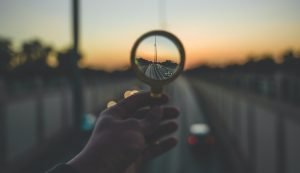